As an Amazon Associate I earn from qualifying purchases. All product links on this page are monetized.
Special Offer: Get 10 Percent Off on a DEPSTECH Borescope
Protect your data with a free trial of Backblaze Online Backup.
Backup or sync your files anywhere with GoodSync.

How to Choose a Borescope 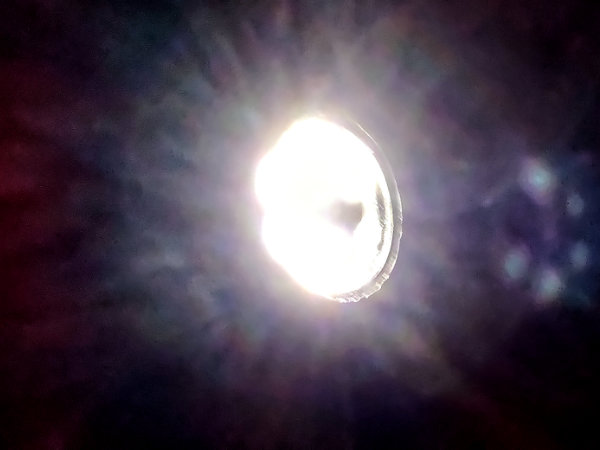 The first step in choosing a borescope is to decide what you need the tool to be able to do, based on the type of inspection work that you do. There are different types of borescopes, and some types are better than others for certain tasks.

I go into more detail about the different types of boresscopes on this page. If you haven't read it yet, now might be a good time to do so. It will help make the current page easier to understand.

The most important consideration when choosing a borescope is the style of its wand or probe. That's the part that primarily determines the scope's suitability for different types of inspection jobs, so you should limit your selections to those that have the kind of probe you need.

Let's briefly recap the different types of probes to help you decide which one is best for the work you do.

Semi-rigid borescopes are the most versatile style of borescope because the probes can be used either straight or bent. They will droop due to gravity, however, if a length of more than a few feet is held horizontally. If you need to inspect a variety of areas that don't always have straight entry paths, a semi-rigid borescope is probably what you need. They're the borescopes of choice for people who need to inspect inside wall and ceiling voids, most parts of engines, or inside plumbing lines that don't have sharp turns.

Once you decide what kind of probe you need, the next thing to consider is the borescope's optical mechanism. The basic choices are fiber optic or digital imaging.

Another drawback of fiber optic borescopes is that they're extremely delicate, as one would expect something made of tiny glass fibers to be. Broken fibers will appear as black pixels in the raster, and they cannot be repaired. Fiber optic scopes also have limited ability to flex, or in the case of articulating borescopes, to be manipulated by the user.

Where fiber optic borescopes shine (see what I did there?) is in their thinness. Fiber optic scopes are available in diameters as small as 0.35 millimeter (less than 1/64 of an inch). Diameters that small are impossible to obtain with any other kind of borescope. So if you need a borescope with a probe that small, fiber-optic is your only choice. Otherwise, you're probably better off with a digital borescope.

Digital borescopes are also known as video borescopes or videoscopes. They use LED's to light the area being inspected, and CCD image sensors to capture the image and send it to the user. The imaging technology is the same as is used in digital cameras.

Borescopes that use CCD cameras are much less expensive than fiber optic borescopes; and at the middle and upper ends of the price range, deliver superior images and video. They're also much more durable than fiber optic scopes, are usually waterproof, and in the case of flexible scopes, able to snake through and around much tighter turns.

The biggest drawback of digital borescopes is their relatively large diameters. If you need a borescope thinner than 5.5mm, you probably will have no choice other than a fiber optic scope. Otherwise, there's little reason not to choose a digital borescope. They deliver excellent image quality at a fraction of the price, and they're not made of glass. It's kind of a no-brainer, in my opinion.

Some borescopes are self-contained units that have everything they need to perform inspections built right in, including a battery, a screen, and a Micro SD card slot to which they can save pictures and videos. They literally can be used right out of the box with no additional devices, drivers, or software downloads needed.

Other borescopes have no screens and must be connected to a computer, phone, or tablet using either a USB cable, Bluetooth, or WiFi. These borescopes are often referred to as "headless." Their main advantages are that they're considerably less expensive than self-contained borescopes, and that they're easier to carry. Just roll up the cord or probe and tuck it into a pocket.

In my opinion, there are only two good reasons to use a headless borescope. The first is if you're broke, but really need a borescope. The second is if the work you do requires you to use a laptop or tablet anyway. Since you already have to carry that device, you may as well use it for the borescope, too. Otherwise, I really don't see the point of exposing my USD $800.00 phone to harsh environments where it can be damaged, when a quality self-contained borescope can be had for less than USD $100.00.

The other problem with some headless borescopes is that they require drivers and/or special software apps to be installed on the devices: and the ongoing support for those drivers and apps can be less-than-wonderful. If you decide to purchase a headless borescope, I recommend that you get one that's natively recognized as a camera by the device to which it will be attached and doesn't require any drivers or software to be installed.

This decision only has to be made if you've decided to purchase a headless borescope. The way that borescope will connect to its host device is the data interface. At the time of this writing, there are three ways to do that: a USB cable, Bluetooth, or WiFi.

USB borescopes are usually the easiest to configure, especially if they're natively recognized as cameras by the device's operating system. You simply plug the scope in and use whatever software the device would use to view and record video from any other camera, such as a webcam or digital camera. The borescope's manufacturer may also provide their own software, which may (or may not) provide extra functionality; but the important thing is that the device knows that the thing that was just plugged into it is a camera.

Most wireless borescopes use WiFi to connect to their host device. Others use Bluetooth, and some can use either one.

The process of pairing a Bluetooth borescope to a host device is exactly the same as pairing any other Bluetooth device. You make the borescope findable by the host device, typically by pressing a button; and accept the offer to pair on the host device. Once in a while you may have to enter a password displayed by one device into the other, but that's more the exception than the rule.

Connecting a WiFi borescope to a host device varies from borescope model to model. Generally speaking, most are capable of connecting by way of creating an ad hoc wireless network, through an existing WiFi network, by acting as an access point to which the host device must connect, or by connecting to the host device's hotspot. Complications due to things like firewalls are not uncommon and can be quite frustrating to sort out.

My advice is that if you simply must use a wireless borescope, you look for one that uses Bluetooth. It's easier and usually more stable. But USB is even easier, and usually is less expensive.

The best way to judge the image quality of a borescope is to look at pictures and watch videos that borescope produced, which is kind of what this site is about. You also can find user-submitted demonstration videos for most popular borescopes on sites like YouTube, as well as embedded in Amazon reviews.

As to how good the video quality has to be, that's up to you if you're the one paying for the borescope. Remember, however, that the purpose of a borescope isn't to make epic movies for the silver screen. It's to inspect something. So in a practical sense, the video quality needs to be good enough for you to make whatever judgments you need to make as the inspector of that something.

Most digital borescopes have build-in TF or Micro SD card slots. These enable the user to record both still images and videos of the inspections and save them right to the card.

You may find this surprising, but you usually don't need to use expensive Micro SD cards in a borescope. The resolution, frame rates, and birates are usually low enough that any Class-10 or better card will work just fine. (Check with the device's documentation to make sure, though, just in case.)

I personally use Micro Center 32GB SDHC cards in my DEPSTECH DS-450 Dual Lens borescope, and they work just as well as much more expensive cards that I've used.

Special Offer: Get 10 Percent Off on DEPSTECH Borescopes

Are you in business? Learn the advantages of opening an Amazon Business Account.